Daniel in the den of lions

Daniel in the den of lions is a true story in the Bible. It took place long, long ago and tells about a Jew called Daniel who was thrown to the lions becaause he prayed to God.

King Darius gave a place of high honor and rulership to a man called Daniel. He was a Jew and a descendant of Abraham. Daniel was the most important ruler in the land after King Darius. . The King gave him that position because he was wise and able to rule.

The other princes and rulers were very jealous of Daniel. They tried to find something evil in Daniel, so that they could take bad news to the king about him.

Daniel prayed three times every day with his face towards Jerusalem.

At that time, the city of Jerusalem was in ruins. The Temple was no longer standing. In spite of that, Daniel prayed three times each day. He would turn his face toward the place where the house of God had once stood, although it was many hundreds of miles away.

These rulers thought that they could use Daniel’s prayers against him. They came up with a scheme to harm Daniel and cause him to be put to death.

The rulers went to King Darius with their evil plan.

The rulers went to King Darius, and said to him:

“All the rulers have agreed together to have a new law made. We have decided that no one must ask any god or any man for anything for thirty days. They can only ask you for anything.

:”King, anyone who disobeys this law shall be thrown into the den where the lions are kept. Now, O king, make the law, and sign the writing, so that it cannot be changed, for no law among the Medes and the Persians can be altered.” 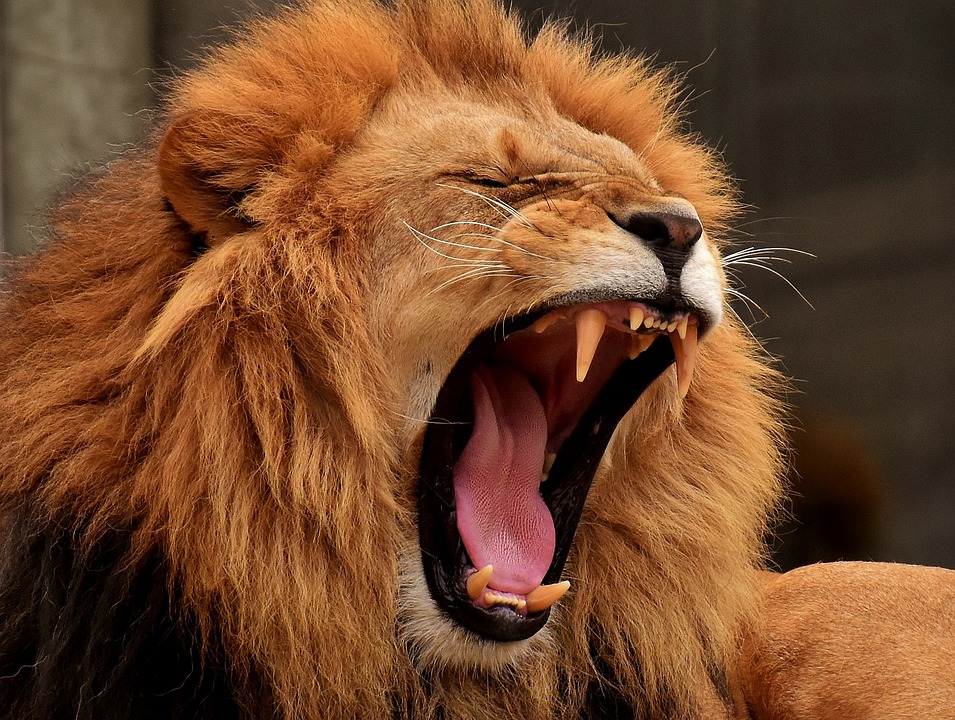 The king was not a wise man. He was foolish and vain. He was pleased with this law and felt that it made him look like a very important person. He did not ask Daniel for advice and signed the document.

The law came into being, and the word was sent out through the kingdom of Persia. All of the people heard that no one should pray to any god for thirty days.

Daniel continued to pray to God.

Daniel knew that the law had been made. In spite of that, he went to his room three times every day. He opened the window that faced Jerusalem, and offered his prayers to the Lord.

These rulers were spying to see what Daniel would do and saw him kneeling in prayer to God. They went to the king, and said:

“O King Darius, haven’t you made a law, that any one who prays in thirty days shall be thrown into the den of lions?”

“Yes I did,” replied the king. “The law has been made, and it must stand.”

The men said to the king:

“There is one man who does not obey the law which you have made. That man is Daniel, one of the captive Jews. Every day he prays to his God three times, just as he did before you signed the writing of the law.”

The king was very sorry for what he had done, because Daniel was his friend. He knew that no one could take his place in the kingdom. He tried in vain to find some way to save Daniel’s life all day, until the sun went down.

The King had to throw Daniel into the den of lions.

However, when evening came, the rulers reminded the King that his law must be kept. The king sent for Daniel very unwillingly. He gave an order that he should be thrown into the den of lions.

King Darius said to Daniel, ””perhaps your God, whom you serve so faithfully, will save you from the lions.”

They led Daniel to the opening of the pit where the lions were kept, and threw him in. They covered the opening with a stone. The king sealed it with his own seal, and with the seals of his nobles. This was to prevent any one from removing the stone and rescuing Daniel.

The king returned to his palace. He was very sad during the night and could not eat or listen to music. He could not sleep, because he was thinking of Daniel. 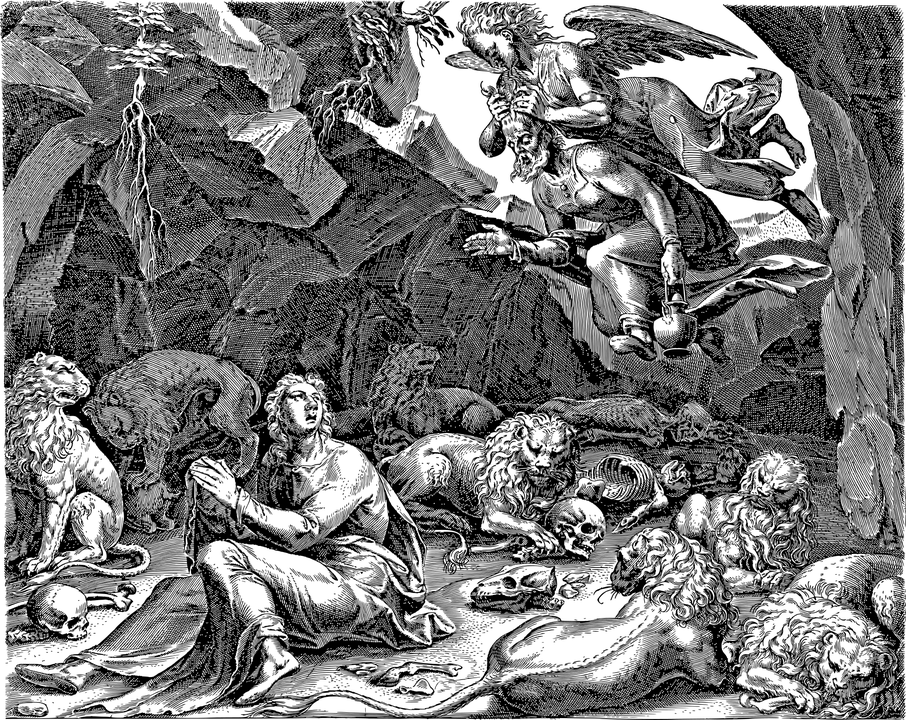 King Darius went to the den of lions very early in the morning.

King Darius rose up from his bed very early in the morning. He went quickly to the den of lions. He broke the seal and took away the stone. He called out in a voice full of sorrow, not even daring to hope for an answer:

“O Daniel, servant of the living God, has your God been able to save you from the lions?”

Daniel’s voice came out of the darkness:

“O king, may you live forever! My God has sent his angel and has shut the mouths of the lions. They have not hurt me, because my God saw that I had done no wrong. And I have done no wrong toward you, O king!”

The king was very glad. He ordered his servants to take Daniel out of the den. Daniel was brought out safe and without harm, because he had trusted fully in the Lord God.

The king then commanded his servants to get the men who had plotted against Daniel. They had to come with their wives and children.

The angry King commanded his servants to throw them all into the den. As soon as they got to the floor of the den, the hungry lions leaped upon them, and tore them in pieces.

King Darius commanded all of the people in the Empire of Persia to serve God.

After this king Darius wrote to all the lands and the peoples in the many kingdoms under his rule:

“May peace be given to you all abundantly! I make a law that everywhere among my kingdoms men fear and worship the Lord God of Daniel; for he is the living God, above all other gods, who only can save men.”

Daniel stood beside king Darius until the end of his reign, and afterward while Cyrus the Persian was king over all of the lands.

My God hath sent his angel, and hath shut the lions’ mouths, that they have not hurt me